I’M Peter
not your typical CFO

My name is Peter. I have 15 years experience in Venture Capital of which 10 as an entrepreneur. In those years, I’ve read and reviewed over a thousand business plans and seen up close which companies were successful and which were not. In a CFO or COO role I can use all that experience to help companies grow. 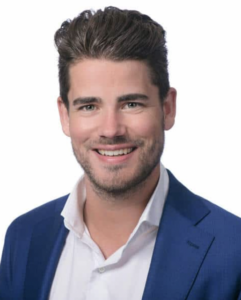 Maxwell Group specializes in setting up and managing investment funds and investor networks. I was an investment manager at SquareOne Fund & JC Participates on behalf of Maxwell Group.

june 2011
The start of Investormatch

With three co-founders I started Investormatch. A business angel network, matching investors and entrepreneurs. It became the biggest angel network in the Netherlands.

Investormatch is acquired by De Breed & Partners. I stay on as the director of Investormatch.

In 2019 Investormatch launched her own fund: Techfund One. As founder of the fund I become the Investment Director.

I became the chairman of BAN NL, the national association of Business Angel Networks in the Netherland.

I, together with my colleque Koen Ferket, did a management buy out and became the owners (again) of Investormatch and Techfund One. The new combination is called Investormatch Capital.

Started as CFO for Inkubis, a Cronos Company.